In the summer of 2014, Union Station opened after construction to redo the facility into a transit hub over the past few years. While this is complete, there is still plenty of construction happening in the area. Where I was standing in this picture is no longer possible since a building is being constructed right there, however in late 2010 I was exploring Denver during a snowfall in the city. At this time some of the construction in the Union Station area had started near the Millennium Bridge, however if you walked past this it was business as normal. I started to set up a scene to photograph in hopes the light rail train would depart soon. Just after framing the picture, the train departed and with a 15 second exposure captured the motion of the train as it headed south. 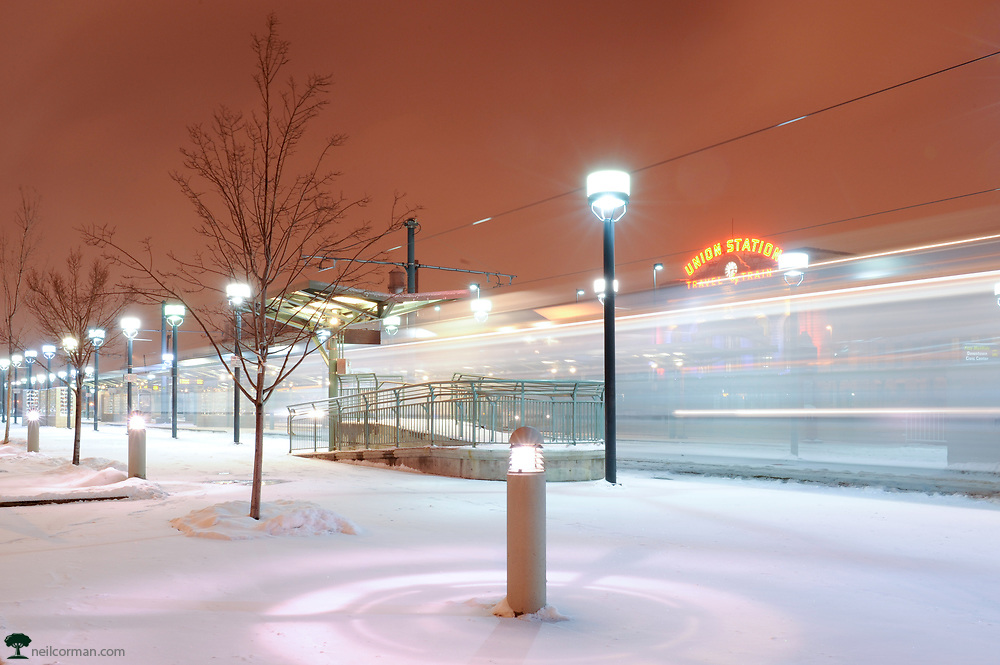